An MLK Day Story About Those Who Serve

We spent Saturday morning at Boston’s historic Faneuil Hall where our friend Carolyn Casey kicks off a service project there every January for Martin Luther King Day. She brings in eighth grade students who have been selected as community service ambassadors from Boston’s 351 towns. They provide a powerful idealistic counterpoint to the cynicism and divisiveness that characterize our politics today. We take Nate just to expose him to it.

Carolyn’s brother Mike Casey was photographing the event from the balcony where we were seated and where Nate was snapping some pics too. He came over to say hello.  While chatting with Mike we mentioned that a neighbor of ours knew the widow of world famous photographer Yousuf Karsh and was hoping to introduce Nate to her. “Well she’s been my mentor and I drove her here today,” Mike said. “She’s sitting in the first row. Why don’t I introduce you all to her right now.”

Estrellita Karsh, at 88, is the charmer I suspect she’s always been. She began by asking “You’re from the legendary Share Our Strength?” and of course she had me forever.  Rosemary had the presence of mind to invite her to our next Share Our Strength dinner in Boston and she immediately accepted.

Even if you don’t know or never heard of Yousuf Karsh, you are sure to recognize his iconic photos, a few of which I’ve attached here, including the portrait of Dr. King that explains Estrellita’s connection to Saturday’s event. 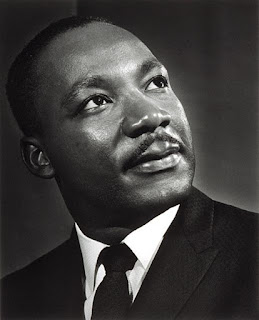 She’s an elegant woman, with fashionable earrings under hair pulled back tight. She has a clear strong voice and organized mind. “Yousuf would have loved this crowd of young people out to change the world. The secret of his success was accepting people for who they were and capturing that. All this talk of tolerance today. Ugh. It’s not about tolerance. Think about that what means. It’s not enough to tolerate someone. They’re tolerable? It should be about acceptance.”

“Is the Churchill anecdote true?” I had to ask, and she immediately knew I was referring to the story of Karsh pulling Churchill’s cigar out of his mouth accounting for the iconic image of Churchill all but growling at the camera. “It certainly is,” she replied, going on to tell us the entire backstory of a 31 year old Karsh, hauling 200 lbs. of equipment to a room near Ottawa’s Parliament in 1941 and taking that famous portrait which Churchill’s handlers had not warned him about in advance. 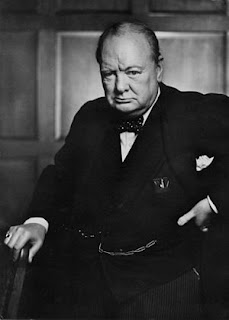 “Yousuf made a career of taking pictures of people like these,” she said again looking around the room at the hundreds of young people heading out to serve. “People who were doing something positive in the world: Churchill, Martin Luther King, Einstein, John Kennedy.  They weren’t always great people, in terms of being nice, but they were doing important things for the world. He basically got to photograph the 20th century and I got to be along for a piece of that.”

Several speakers at the event quoted Dr. King’s famous statement that “Everyone can be great, because everyone can serve.” Estrellita Karsh was telling us the same thing. 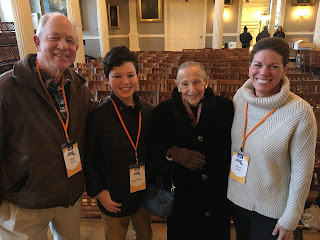