During a recent live event – part of an ongoing series of conversations about food justice held by Share Our Strength, the organization behind the No Kid Hungry campaign – three generations of Hawaiian activists spoke about power dynamics of colonization and resistance that define the current food landscape in Hawaii.

Today, the island experiences high rates of food insecurity and dependency on imported foods but also a strong movement to reconnect to traditional meals and culture.

Daniel and Meala Bishop are part of the older generation of activists who grew up in Hawaii when it was still a U.S. territory. They experienced firsthand the loss of their culture and language. In the 1960’s, school was segregated and didn’t teach them about the overthrow of the Hawaiian Kingdom. 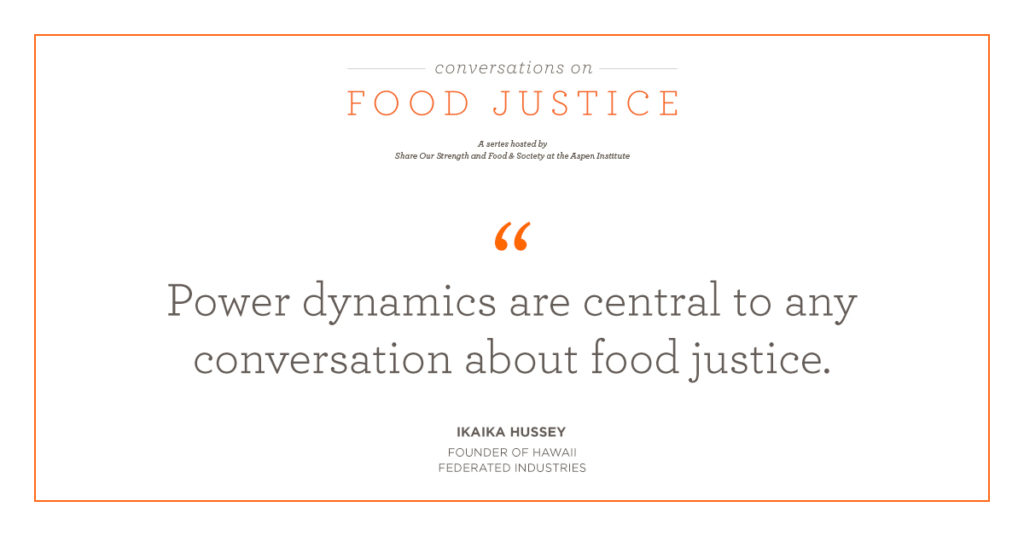 Daniel shared how his grandmother was taken from her family from an early age and raised Catholic without any knowledge of Hawaiian history.

“When I confronted the truth at the dinner table, it was met with great hostility,” he shared.

This older generation was instrumental in the renaissance of Hawaii embodied in the milestone 1978 Hawaiian Constitution. The document made Hawaiian an official language of the state and created an office for the protection of Native Hawaiians, acknowledging the need for reparations.

Marti Townsend, director of The Sierra Club of Hawaii, explained that the constitution created many innovative policies that are essential for the protection of the environment and food sovereignty.

An example, Townsend explained, was the public trust doctrine that “recognizes that there are natural cultural resources that are shared by everyone. Water, for example, cannot be privately owned.”

Hussey added that many of the tenets of the 1978 Constitution, including the public trust doctrine, were taken from policies and practices of native Hawaiians prior to colonization.

Both Townsend and Hussey represent the renaissance generation that grew up after the enactment of the Constitution. Both connected historical racist attempts to undermine Hawaiian culture to the challenges faced by native Hawaiians today in a capitalist society.

The early generation of activists and the renaissance generation paved the way for the important work of young activists like Ka’iana Runnels who, in his own words, says his “responsibility in life is to feed,” and connect people to traditional ways of life. 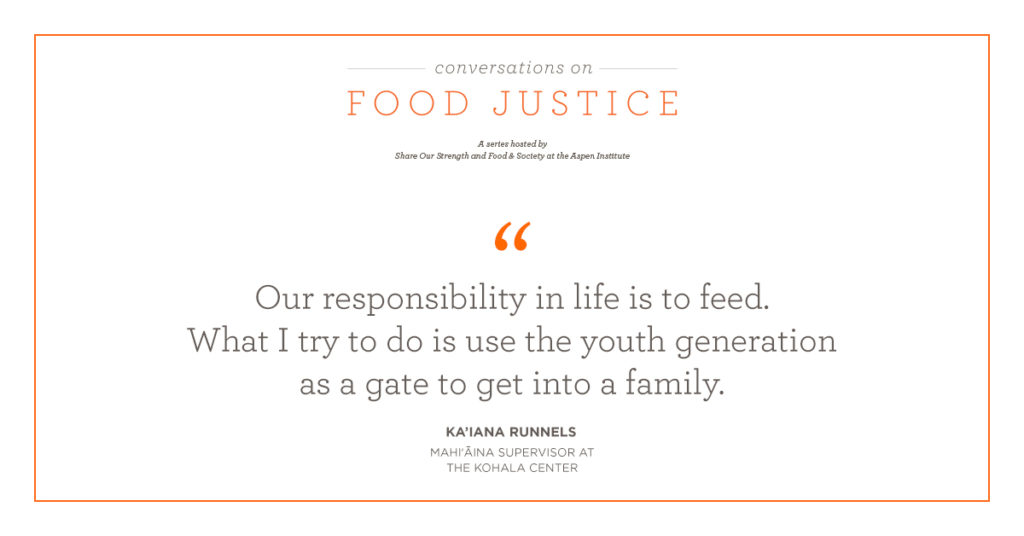 Runnels grew up immersed in Hawaiian language and culture and with a deep understanding of the history that was hidden from Daniel and Meala Bishop.

In his eyes, it was essential for young Hawaiians to decolonize their minds and tongues, freeing the way they think and eat. And the only way to do this is to break the school-to-prison pipelines and connect kids to their history.

The six speakers – representing a multigenerational perspective on the fight for justice in Hawaii – expressed hope for future generations of Hawaiians. They see a shift in mentality and a reconnection to traditional ways of living. They also see communities working in unity to tackle challenges like climate change and the lasting impact of the pandemic.