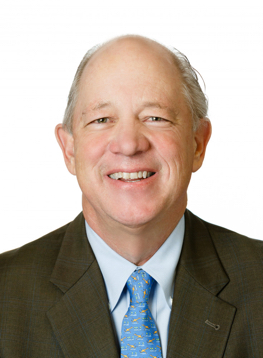 Billy Shore is the founder and executive chair of Share Our Strength, the parent organization for the No Kid Hungry campaign. Since founding Share Our Strength in 1984 with his sister Debbie, Billy has led the organization in raising more than $700 million to fight hunger and poverty, and has won the support of national leaders in business, government, health and education, sports and entertainment.

Before founding Share Our Strength, Billy served on the senatorial and presidential campaign staffs for former U.S. Senator Gary Hart and as chief of staff to former U.S. Senator Robert Kerrey. In 2014, congressional leaders appointed him to the National Commission on Hunger, tasked with finding innovative ways to end hunger in America.

In addition to his work with Share Our Strength, Billy is a leading voice in the national conversation on hunger and poverty. He is the author of four books focused on social change, including “Revolution of the Heart” (Riverhead Press, 1995), “The Cathedral Within” (Random House, 1999), “The Light of Conscience” (Random House, 2004) and most recently, “The Imaginations of Unreasonable Men” (Public Affairs, 2010). He also hosts Add Passion and Stir, a weekly podcast that brings together high-profile chefs and change-makers to talk about the central role food plays in social justice.

A native of Pittsburgh, Pa., Billy earned a Bachelor of Arts at the University of Pennsylvania and his law degree from George Washington University in Washington, DC. He has been an adjunct professor at New York University’s Stern School of Business and an advisor at the John F. Kennedy School of Government. From 2001 to 2011, he served as a director of The Timberland Company.

Billy was named one of America’s Best Leaders by US News & World Report.