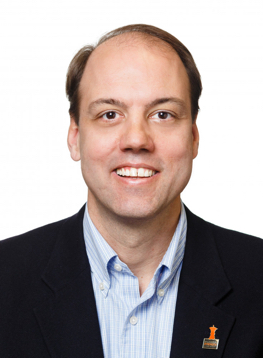 Chuck Scofield is the Executive Vice President, overseeing the organization’s programmatic efforts. He is responsible for developing and implementing the long-term strategy for both the nutrition “access” and “education” components of No Kid Hungry.

Chuck helps define and manage the organization’s role and relationships at the federal, state, and local levels – increasing its profile among key influencers, measuring organizational impact, and fostering inter-departmental collaboration around Share Our Strength’s organizational goals.

Previously, Chuck oversaw corporate partnerships and cause marketing programs for the organization, as well as donor and foundation development. Among the more than 40 national companies supporting the No Kid Hungry campaign are Citi, Arby’s, Food Network, JCPenney, Walmart, and Williams-Sonoma.

Chuck began his career with Share Our Strength in 1996 as its Executive Assistant, and has served as the organization’s Development Manager and Director before becoming Executive Vice President.

A native of Houston, Texas, Chuck graduated with honors from Davidson College. He is a board member of The Opportunity Fund, and Students for International Medical Action. He lives with his family of four in Maryland.