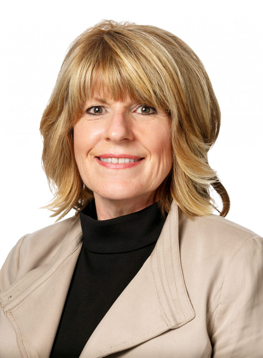 Diana Hovey is the Senior Vice President of Dine for No Kid Hungry. She leads the restaurant industry’s efforts to end childhood hunger in the U.S., and works closely with restaurant executives to align strategies that support No Kid Hungry while also driving their brands’ business objectives.

Diana’s relationship with Share Our Strength began in 2008, when Corner Bakery Cafe, where she served as Chief Marketing Officer, joined Dine for No Kid Hungry. Dine for No Kid Hungry has brought together nearly 30,000 restaurants, sponsors and millions of consumers to raise over $100 million since its launch in 2008.

For 30 years, Diana’s has used her strategic marketing expertise across many areas of the restaurant industry. She directed T.G.I.Friday’s first launch into national media and directed marketing and brand strategy for its new concepts division. Following her tenure at T.G.I.Friday’s, Brinker International recruited Diana to revamp the branding, menu design and advertising for On the Border and Cozymel’s restaurants and Romano’s Macaroni Grill. Her leadership helped Macaroni Grill earn one of its highest honors, Choice in Chains.

Diana is active in the National Restaurant Association and formerly served as co-chair and board member of its Marketing Executives Group. She has served on the board for Dine Out for No Kid Hungry since 2009 and was recognized with the organization’s Leadership Award in 2010.

Diana and her husband live in Austin, TX and she enjoys spending time with their children.