What will it take for Americans to trust each other again? Long-time New York Times columnist Frank Bruni joins the podcast to talk about his days as a restaurant critic, his goals as an op-ed columnist, and the current state of civic discourse in America. “Based on which [cable news channel] you’ve gone to, you can have an understanding of events and reality that is almost diametrically opposed to somebody else’s. That makes it so much more challenging to find common ground,” observes Bruni. “It’s going to take a much more robust conversation than we’re having about where and how people get their information,” he says.

Bruni talks about a health issue that made him more sensitive to the invisible struggles other people face. “If we all walked around wearing sandwich boards that told people what we were struggling with… I think we would be a lot kinder to one another,” he remarks. “It’s impossible to write an opinion column and not, in the passion you feel for your opinion, end up modeling something that feels different than civility. I always try to return to a plea for civility, decency and understanding,” he concludes.

Join us for an insightful conversation with one of the sharpest observers of American culture and politics. 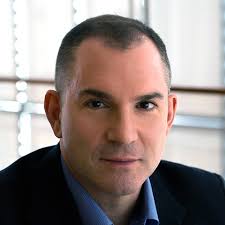 Columnist
Frank Bruni, an Op-Ed columnist for The New York Times since June 2011, joined the newspaper in 1995 and has ranged broadly across its pages. He has been both a White House correspondent and the chief restaurant critic. As a staff writer for The Times Magazine, he profiled such diverse subjects as J. J. Abrams and a health-obsessed billionaire who planned to live to 125; as the Rome bureau chief, he kept tabs on both Pope John Paul II and Prime Minister Silvio Berlusconi. In his columns, he reflects on diverse topics, including: American politics, higher education, popular culture and gay rights. Bruni came to The Times from The Detroit Free Press, where he was, alternately, a war correspondent, the chief movie critic and a religion writer. He is the author of three New York Times best sellers: a 2015 examination of the college admissions frenzy, “Where You Go Is Not Who You'll Be”; a 2009 memoir, “Born Round,” about the joys and torments of his eating life; and a 2002 chronicle of George W. Bush’s initial presidential campaign, “Ambling into History.” His first cookbook, "A Meatloaf in Every Oven," was published in February 2017 and co-written with his Times colleague Jennifer Steinhauer. His next book -- about aging, affliction and a rare vision disorder that he woke up to one morning in 2017 -- will be published by Avid Reader Press in 2022. He is a CNN contributor who has made frequent television appearances over the year, including with Trevor Noah, Bill Maher and Seth Meyers. He also publishes a weekly newsletter through the New York Times, www.nytimes/BruniLetter

www.nytimes.com
The New York Times (NYT or NY Times) is an American daily newspaper based in New York City with a worldwide readership.[7][8] Founded in 1851, the Times has since won 130 Pulitzer Prizes (the most of any newspaper),[9] and has long been regarded within the industry as a national "newspaper of record".[10] It is ranked 18th in the world by circulation and 3rd in the U.S.