Ben & Jerry Serve Ice Cream with a Side of Social Justice

Can you build a successful and fun brand around serious social justice topics? Ben Cohen and Jerry Greenfield of Ben & Jerry’s Ice Cream join Billy Shore to talk about feeding hungry kids, police reform, and how businesses can make a difference on social issues. “Passing legislation that is going to reduce child poverty in the US by 40% is huge – it’s pretty much the best news I’ve heard in quite a long time,” says Greenfield about the American Rescue Plan, the latest COVID relief package that includes critical provisions that will help fight the hunger crisis. Ben & Jerry’s is also focused on police reform through the Campaign to End Qualified Immunity. “What we need to seize about this moment is the issue of racial justice… The reality is if we are not able to pivot from protest to policy right now, all those protests were for nothing,” Cohen believes.

Billy Shore asks the ice cream makers and activists about how they built a successful business while also taking stands on controversial social justice issues. “Conventional wisdom when we started was that it’s not possible for a for-profit business to take stands on social issues… and that it was going to have a negative impact on profits. Ben & Jerry’s proved that’s not the case. It was just a bunch of self-serving bullshit from the business community that didn’t want to put energy into helping deal with social problems,” says Cohen. “We’ve always had a very similar world view, and similar values,” says Greenfield of their partnership. “For example, the issue is so clear around police reform and racial justice. Something needs to be done.”

Join us for an inspiring discussion with the builders of an iconic brand who have always used their influence to address important problems in our society. 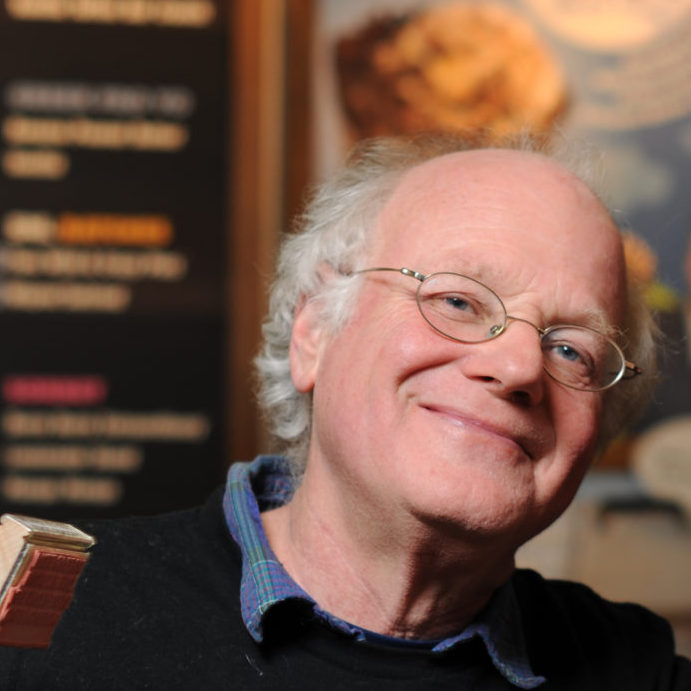 Ben Cohen was born in Brooklyn in 1951 and brought up in Merrick, NY.  In 1978, he and his longtime friend, Jerry Greenfield, started a homemade ice cream parlor in an old gas station in Burlington, Vermont.  The ice cream was well received and after a few years, Ben & Jerry’s started to distribute pints to grocery stores in New England and eventually nationally and internationally.  Along the way, Ben held the positions of scooper, crepe maker, truck driver, Director of Marketing, Sales Director, CEO, and Chairman of what became a $300 Million-a-year public corporation. In 2000, despite his efforts to keep the company independent, Ben & Jerry’s was sold to Unilever. Ben and Jerry have received numerous awards and recognition, including the Corporate Giving award from the Council on Economic Priorities, the US Small Business of the Year Award from President Ronald Regan and several honorary doctorates. Along with Jerry he authored the book, Ben & Jerry’s Double Dip: How to Run a Values-Led Business and Make Money, Too. Ben has served on the boards of the Social Venture Network, Hampshire College, Oxfam, Greenpeace, Business for Social Responsibility and Heifer International. In addition, Ben also served as the National Co-Chair of the Bernie 2020 Campaign. 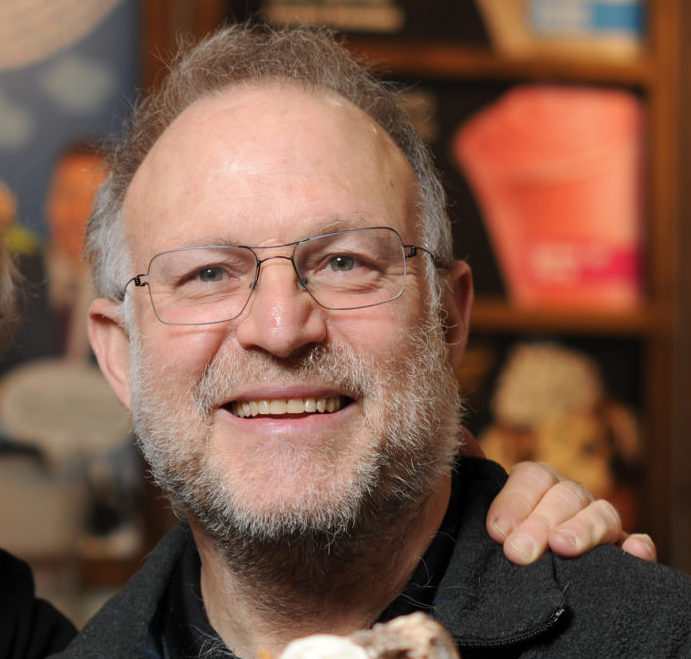 Jerry Greenfield and his long-time friend and business partner, Ben Cohen, are the men behind one of the most talked-about and least conventional success stories in American business.  Co-founder of Ben & Jerry’s Homemade, Inc., Greenfield has helped to build a store front venture into an ice cream and business marvel by making social responsibility and creative management strengths, rather than weaknesses. Greenfield was born four days before his future business partner in Brooklyn, New York.  He grew up and went to school in Merrick, Long Island.  It was there that he first met Cohen in junior high school.  After graduating from high school with a National Merit Scholarship under his belt, Greenfield enrolled at Oberlin College. In 1976, he moved in with Cohen and the two decided to pursue their dream of starting a food business together.  They eventually settled on ice cream, and in May 1978, opened Ben & Jerry’s Homemade ice cream parlor in Burlington, Vermont. Today a model for American business success, Greenfield and Cohen have been recognized for fostering their company's commitment to social responsibility by the Council on Economic Priorities and by the U.S. Small Business Administration. They have also received the James Beard Humanitarians of the Year and the Peace Museum’s Community Peacemakers of the Year Awards. Presently, Greenfield’s official title at the company is Co-Founder. He is involved in promoting the social and environmental initiatives that Ben & Jerry’s undertakes.  He is also Vice President of the Ben & Jerry’s Foundation.

campaigntoendqualifiedimmunity.org
Campaign the End Qualified Immunity is a coalition of business leaders, creative artists, athletes, advocates and lawyers dedicated to ending qualified immunity. The campaign seeks to educate the public by sharing stories of people who have been harmed by public servants and qualified immunity and build public demand for reform. In order for police officers and law enforcement agencies to build public trust, there has to be accountability. Ending qualified immunity is just the first step in the long process of building a better criminal justice system. This country is what we make it, and the Campaign to End Qualified Immunity, as well as its partnered groups, strives to make our nation more just.

https://www.benjerry.com/
Ben & Jerry's Ice Cream is founded on and dedicated to a sustainable corporate concept of linked prosperity. Our mission consists of 3 interrelated parts: economic, social and product. Ben & Jerry’s aims to create linked prosperity for everyone that’s connected to our business: suppliers, employees, farmers, franchisees, customers, and neighbors alike. Central is the belief that all 3 parts must thrive equally in a manner that commands deep respect for individuals in and outside the Company and supports the communities of which they are a part. The issues we care about include racial equity, democracy, fairtrade, and GMO labeling. The mission of the Ben & Jerry's Foundation is to engage Ben & Jerry's employees in philanthropy and social change work; to give back to our Vermont communities; and to support grassroots activism and community organizing for social and environmental justice around the country.