Can we shift our historic stigma about people living in poverty? Princeton poverty researcher and author Kathryn Edin joins hosts Billy and Debbie Shore to discuss how changes to certain tax credits in the $1.9 trillion COVID relief American Rescue Plan will give more Americans support to move out of poverty. “We have turned 400 years of history about how we treat the poor and think about the poor… on its head,” says Edin. “The message [these new credits] is sending to people who are struggling is, ‘we trust you and we want to support you.’ This is literally the opposite of the message we’ve been sending for over 400 years.”

Edin describes the welfare reforms in the 1990s that were based on the fear that recipients would become dependent on the system. “The pandemic has revealed this sea of need that was sitting underneath the radar for the last 25-30 years since we reformed the welfare system, steadily growing worse,” she reports. “We’ve created a very expensive problem: generations of children who aren’t getting the basics that they need to thrive and that affects the whole economy,” Edin believes. “Providing this kind of stability is really going to enable people to get out of the tunnel and lead to the kind of long-term thinking that can aid in mobility from poverty,” she concludes.

Join us to learn about how these historic tax credits can create hope for so many Americans and how we can all work to make these new supports permanent. 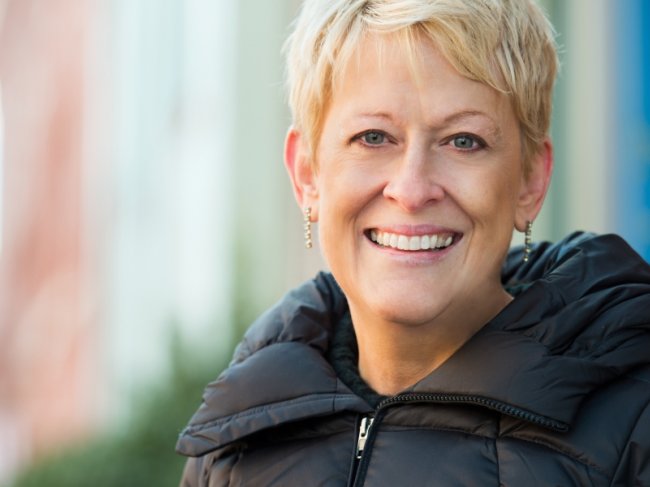 Professor of Sociology and Public Policy
Kathryn Edin is one of the nation’s leading poverty researchers. A qualitative and mixed-method researcher, she has taken on key mysteries about the urban poor that have not been fully answered by quantitative work: How do single mothers possibly survive on welfare? Why don’t more go to work? Why do they end up as single mothers in the first place? Where are the fathers and why do they disengage from their children’s lives? How have the lives of the single mothers changed as a result of welfare reform? The hallmark of her research is her direct, in-depth observations of the lives of low-income women, men, and children. Edin has authored 8 books and some 60 journal articles. $2 a Day: The Art of Living on Virtually Nothing in America, coauthored with Luke Shaefer, was met with wide critical acclaim. It was included in The New York Times 100 Notable Books of 2015, cited as “essential reporting about the rise in destitute families.” Kathy Edin is a professor of Sociology and Public Policy at Princeton. Edin is PI of the Fragile Families and Child Wellbeing Study, a Trustee of the Russell Sage Foundation, was a founding member of the MacArthur Foundation-funded Network on Housing and Families with Young Children and was a past member of the MacArthur Network on the Family and the Economy. In 2014, she was elected to both the National Academy of Sciences and the American Academy of Political and Social Sciences. She was elected to the National Academy of Social Insurance in 2017 and the American Academy of Arts and Sciences in 2019. Edin received a bachelor’s degree in sociology from North Park University and a Ph.D. in sociology from Northwestern University. She has previously taught at Rutgers University, Northwestern University, the University of Pennsylvania, Harvard University, and Johns Hopkins University.