With so many social justice problems to solve, where do we start? Bread for the World President David Beckmann and Chef and TV personality Andrew Zimmern talk to Debbie and Billy Shore about social justice causes and why a focus on hunger can impact other problems as well. “Hunger is an organizing center. If you’re going to reduce hunger, it’s not enough to give people food assistance,” says Beckmann. Zimmern, a tireless food security advocate, agrees. “You’ve got to start somewhere… food justice, I use it to talk about everything from addiction to adoption from jobs programs to the crime issues in our country,” he says. They discuss the connection of food and economic opportunity, criminal justice reform, and healthcare.

Both guests and the Shores, who lead the No Kid Hungry campaign, believe the federal government needs to take a leading role in the fight against hunger at home and abroad. “It is no longer sufficient to do fundraisers where we cook a fancy meal… What became obvious is that we needed to change laws, we had to get to Washington,” says Zimmern. Beckmann notes the success of both domestic and international programs like SNAP and the Global Food Security Act and sees grassroots pressure as the key to getting government to act. “If we vote, if we make it clear that we want to help people in need, the members of Congress will listen to people back home,” he says.

Get inspired by these leaders who have been at the forefront of the anti-hunger movement for decades. 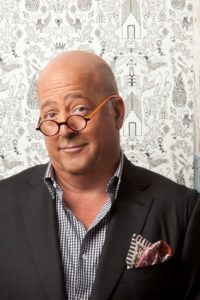 Host
A four-time James Beard award-winning TV personality, chef, writer, teacher and social justice advocate. In 2020, Andrew returned to television with two new programs, What's Eating America premiering on MSNBC in February and a series airing in October on a Discovery lifestyle channel. As the creator, executive producer and host of Travel Channel’s Bizarre Foods franchise, Andrew Zimmern’s Driven by Food and The Zimmern List, he has explored cultures in more than 170 countries, promoting impactful ways to think about, create and live with food. Andrew is the founder and CEO of both Intuitive Content, a full-service television and digital production company, and Passport Hospitality, a restaurant and food service development company. He is devoted to his charitable endeavors and sits on the board of directors of Services for the UnderServed, Project Explorer/EXPLR, Soigne Hospitality and Taste of the NFL. He is the International Rescue Committee’s Voice for Nutrition. His life’s work is exploring and promoting cultural acceptance, tolerance and understanding through food. 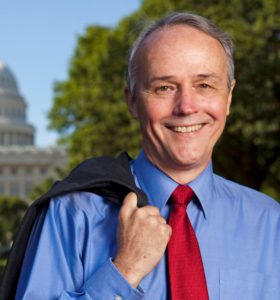 Has been president of Bread for the World and Bread for the World Institute since 1991, leading large-scale and successful campaigns to strengthen U.S. political commitment to overcome hunger and poverty in the United States and around the world. Beckmann also founded and serves as president of the Alliance to End Hunger. A World Food Prize laureate, he appears regularly in the media and most recently authored Exodus from Hunger: We are Called to Change the Politics of Hunger. Currently Beckmann serves on USAID’s Advisory Committee on Voluntary Foreign Aid, the U.S. Trade Representative’s Advisory Committee on Africa, and the Executive Committee of the Modernizing Foreign Assistance Network. Beckmann is a Lutheran minister and has a degree from the London School of Economics.

Bread for the World

A collective Christian voice urging our nation’s decision makers to end hunger at home and abroad. By changing policies, programs, and conditions that allow hunger and poverty to persist, they provide help and opportunity at home and around the world.vBread for the World strives to end hunger in our time, but churches and charities can’t do it all. Government must also do its part. With the stroke of a pen, policies are made that redirect millions of dollars and affect millions of lives. By helping people make their voices heard in Congress, Bread for the World helps make our nation’s laws fairer and more compassionate, which creates big changes for people in our country and around the world who struggle with hunger.