To change systems that perpetuate poverty and hunger, where do we start? Erin McAleer, President and CEO of Project Bread in Boston, discusses eradicating hunger with Bob Luz, president and CEO of the Massachusetts Restaurant Association (MRA) on this episode of Add Passion and Stir. McAleer describes a multi-level approach that uses on-the- ground learning to drive a wider systems-level change. “We’re in community health centers, we’re in schools, we’ve got this hotline, but we take that information that we’re seeing on the ground and pivot quickly to larger scale systems change,” she says. She cites a successful program they piloted where children enrolled in SNAP (food stamps) would automatically be enrolled in school breakfast programs. Luz sees a similar effect on systems in his industry. One out of every 10 jobs in America is related to the restaurant industry and almost 50% of the businesses are minority owned and 40% are women owned. Many workers come from disadvantaged backgrounds, and when they succeed, they want to provide opportunities to other people. “It’s heart-breaking to see initially and then heart-warming [later] to see as people excel in our industry,” he says. “I don’t think you’re ever going to see a more philanthropic group of people who believe in being a good neighbor.”

Both guests talk about formative experiences that affected their own attitudes toward hunger and giving back. For McAleer, it was experiencing food insecurity growing up as one of three children with a single mother. She remembers going to bed with her “mom on the phone saying ‘how am I going to feed these kids?’” For Luz, it was one of his first jobs with the 99 Restaurant Group, where the owner’s passion for giving back was built into the business. This experience laid the foundation for his own attitudes about philanthropy which he brought to the MRA board and mission. The MRA holds restaurant dinners where the team donates their time, suppliers donate food and beverage, and all the money goes to a cause, including the No Kid Hungry campaign. They did five dinners the first year, eight dinners last year, and will do 12 this year. “We think we can take this across the entire state,” he predicts.

Learn about how channeling resources, knowledge, and compassion can create systems change that can end hunger. 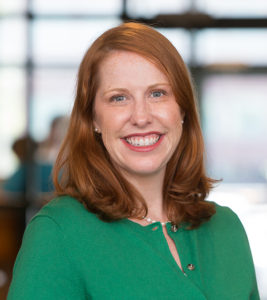 The president and CEO of Project Bread, an organization dedicating to ending hunger. Most recently she worked for Be The Change, Inc. as Director of The Boston Opportunity Project, an initiative focused on developing a comprehensive strategy to improve opportunity for children living in poverty in Boston. Prior to that, she worked as former Governor Deval Patrick’s Director of Cabinet Affairs, and prior worked in the Patrick Administration in the roles of Legislative Director for the Executive Office of Health and Human Services and Chief of Staff at the Department of Transitional Assistance. Erin worked as a senior associate and government affairs consultant at Charles Group Consulting from 2006-2011, as a fiscal policy analyst in the Executive Office of Administration &amp; Finance and in the State Legislature’s Joint Committee on Mental Health and Substance Abuse. She is an LCSW and received her MSW from Boston College. She has a B.A. in History from the College of the Holy Cross. 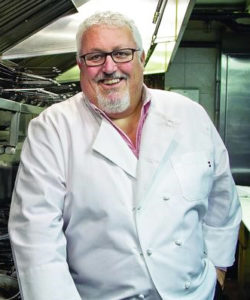 Takes a fresh approach to ending hunger. They believe that the opposite of hungry isn't simply full — it's healthy. And because there's no single face of hunger, they develop multiple solutions that meet people where they are — solutions that provide people of all ages and walks of life with sustainable, reliable access to nutritious food. Their goals are to promote sustainable and reliable access to healthy food for all, to invest in the strength and resiliency of local communities, and to collaborate with others in building a robust regional food system.

Provides access, influence and protection to restaurant professionals allowing for them the opportunity to lead thriving businesses. Massachusetts has one of the nation’s most dynamic restaurant environments with over 18,000 restaurants and growing daily. One out of every ten employees in the state are employed directly in or in supporting industries of the restaurant industry, an undeniable driving force of the state’s economy. The MRA is the voice of expertise for the restaurant industry in Massachusetts.