Do What You Love and Love What You Do

How does having a voice create responsibilities and opportunities to drive change? Lee Schrager, creatorof the wildly successful South Beach and New York City Wine and Food Festivals, sits down with Chef Kevin Tien (Himitsu in Washington, DC) and hosts Debbie and Billy Shore to discuss the ever-greater influence chefs are having on culture and social change. “Thirty-five years ago, chefs were not superstars, they weren’t rock stars. Now people are listening to them,” says Schrager. Recently named one of the 10 Best New Chefs for 2018 by Food &amp; Wine Magazine, Tien is very aware of his own rising influence. “Right now I’m at a point in my career where I’m starting to have a voice. With that comes the responsibility of doing what’s right, giving back and giving support where it’s needed,” he explains. The guests discuss the importance of celebrities having influence on a variety of societal issues from hunger to mental health. The group discusses the recent suicide of Anthony Bourdain, who many of them knew.

They express disbelief that someone who seemed happy and was such a meaningful contributor to so many people’s lives through his adventurous food and culture show struggled with depression. “Mental illness masks itself in many different ways,” muses Schrager.

Both guests feel fortunate to have made careers of their passions. Tien worked in kitchens growing up but entered the corporate world after college. “I wasn’t happy, so I decided to quit my job and go back into cooking. It feels good to feed others, it feels good to give back, and I want to find a way to do it on a larger scale,” he reveals. Schrager attended the Culinary Institute of America but realized he did not want to be a professional chef. “I learned years ago you gotta do what you love and love what you do. And I love what I do,” he says. The New York City Wine &amp; Food Festival is considered the largest food and wine festival in NYC, featuring 500 world-renowned chefs, culinary personalities, entertainers and wine and spirit producers. One hundred percent of the net proceeds benefit the No Kid Hungry campaign and Food Bank For New York City. 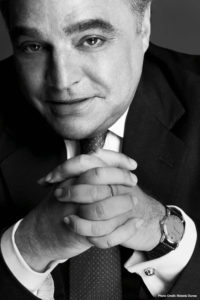 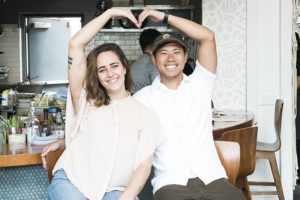 Co-founder and chef of Himitsu restaurant located in the Petworth neighborhood of Washington DC. He is a two-time James Beard Foundation Award semifinalist and was recently named one of the 10 Best New Chefs for 2018 by Food &amp; Wine Magazine. Tien got his start in the kitchen as a teen, working in his parents' restaurant. He went on to work with some of the best chefs in the country, including James Beard Award-winning Tyson Cole, Aaron Silverman, and Jose Andres. Last year, he opened Himitsu and within just two months was nominated for a James Beard Award. His cuisine is Japanese-inspired, as well as infused with his Vietnamese heritage, creating loud, exciting flavors with expert technique. His accolades include 2017 and 2018 James Beard Foundation &quot;Rising Star Chef&quot; semi-finalist.

A national, star- studded, five-day destination event showcasing the talents of the world’s most renowned wine and spirits producers, chefs and culinary personalities. Hosted by Southern Glazer’s Wine &amp; Spirits and Florida International University (FIU), the Festival benefits FIU’s Chaplin School of Hospitality &amp; Tourism Management and the Southern Wine &amp; Spirits Beverage Management Center. Each year, more than 1,200 students and volunteers gain invaluable real-world experience with the Festival – which serves as an interactive educational platform for the future leaders of the hospitality industry. To date, the Festival has raised more than $26 million for the School.

Considered the largest food and wine festival in New York City. With more than 80 events, they are widely recognized for their tastings in celebration of America’s favorite foods, intimate dinners with world-renowned chefs, late night parties, hands-on classes, educational seminars, coveted wine tastings and more. Guests return year after year to sip, swirl and savor world-class cuisine, wine and spirits served up by the industry’s finest and America’s most beloved television chefs all in support of the fight to end hunger. Headed into its 11th year, NYCWFF began as a one-night event, SWEET, in the fall of 2007. In 2008, FestivalFounder and Director, Lee Brian Schrager, launched the inaugural NYCWFF that has quickly grown to mirror its sister Festival, the Food Network &amp; Cooking Channel South Beach Wine &amp; Food Festival. NYCWFF has raised $11.5 million to date to help fight hunger with 100% of the net proceeds benefitting the No Kid Hungry campaign and Food Bank For New York City.