What does fake news have to do with the Farm Bill? Former U.S. Department of Agriculture Under Secretary for Food, Nutrition and Consumer Sciences Kevin Concannon and award-winning chef and cookbook author Hugh Acheson talk with host Billy Shore about the importance of public service, nutrition and basic cooking skills, and the recently passed Farm Bill. “I’m as pleased with the Farm Bill for what is not in it – some of these ‘poison pills’ so to speak – that really intended to just harm people,” says Concannon. Acheson connects the fights around important Farm Bill components like SNAP (food stamps) – on which 40M Americans depend, half of them children – to a larger trend in our society. “We no longer believe that the best natural resource we have is the next generation. These kids all deserve an equal chance within the most prosperous nation on earth,” he insists.

In his hometown of Athens, Georgia, Acheson developed a home economics program called Seed Life Skills to teach middle schoolers the basics of preparing healthy meals. “I think my duty in this life is to strip away the pretension about food and make people realize that we can all feed ourselves, we can feed those around us,” he says. As Under Secretary, Concannon visited one of the middle schools where the kids were growing, preparing and feeding meals to senior citizens in the community. “They had inculcated the knowledge and the values in these middle school kids and they were really committed. It was just wonderful to see it,” he observes.

Listen to these two guests set the record straight about the lasting, positive impact of social programs that focus on our greatest natural resource – our children. 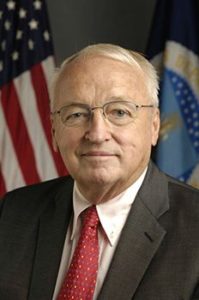 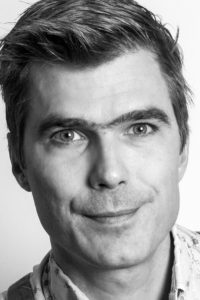 The chef/owner of 5&10 and The National located in Athens, GA, as well as Empire State South and Spiller Park Coffee in Atlanta. He is also the founder of Seed Life Skills, a living, multimedia curriculum built to serve the needs of the modern family & consumer sciences (home economics) classroom, emphasizing retainable real-life skills with topics including hands-on culinary instruction, conscious consumer economics, and D.I.Y. design principles. Acheson has authored four cookbooks and is the 2012 James Beard winner for Best Chef Southeast.

Dedicated to empowering youth to be sustainable stewards of food and financial resources; while emphasizing innovative and handcrafted approaches to core and community lessons.​ It is a research-based, living curriculum grown from the vision of food education advocate, dedicated father and Chef Hugh Acheson. Seed Life Skills is a collaborative effort between culinary, university, and industry professionals, school administrators, parents, teachers, movers and makers dedicated to preparing our next generation of dreamers, doers, and leaders.

Represents Hugh Acheson’s quest to provide a community restaurant in Athens, Georgia. The menu is an open interpretation of Southern food. The National is a small bistro with a Mediterranean influence, particularly the foods of Northern Africa and Spain. Empire State South is very modern with a deep loyalty and respect for local ingredients. The wine program, coffee service and bocce ball court are all-important attributes to a restaurant that has found its heart in midtown Atlanta. Spiller Park has two locations in Atlanta’s Ponce City Market and the Toco Hills neighborhood. Opened in 2015, it is an extension of the work put into Empire State South’s coffee program.