How can we overcome gender and racial discrimination in the culinary industry? Best-selling cookbook author and food writer Julia Turshen talks with Billy Shore about her digital directory that supports women of color, LGBTQ and gender non-conforming people in the food industry. “I was finding so often that I was being invited to be parts of panels and conferences that included just a lot of other white people,” she describes Equity At The Table (EATT). “We focus very much on people of color and the queer community. It’s a place for anyone who’s in a position of power, a gatekeeper of any kind, to find people,” she explains.

Turshen explains how she achieves her accessible writing style in her previous cookbooks and brand new one out this March, ‘Simply Julia.’ “I think of it like I’m giving my dad some thoughts on what to make for dinner. That translates to a very personal feeling in my writing,” she notes. “One of the highest powers of food is not about the food itself. It’s about how it changes the dynamic of the people who are eating it together,” she says.

Join us for this thoughtful conversation with a renowned food writer who is helping to give voice to the most marginalized people in the culinary community. 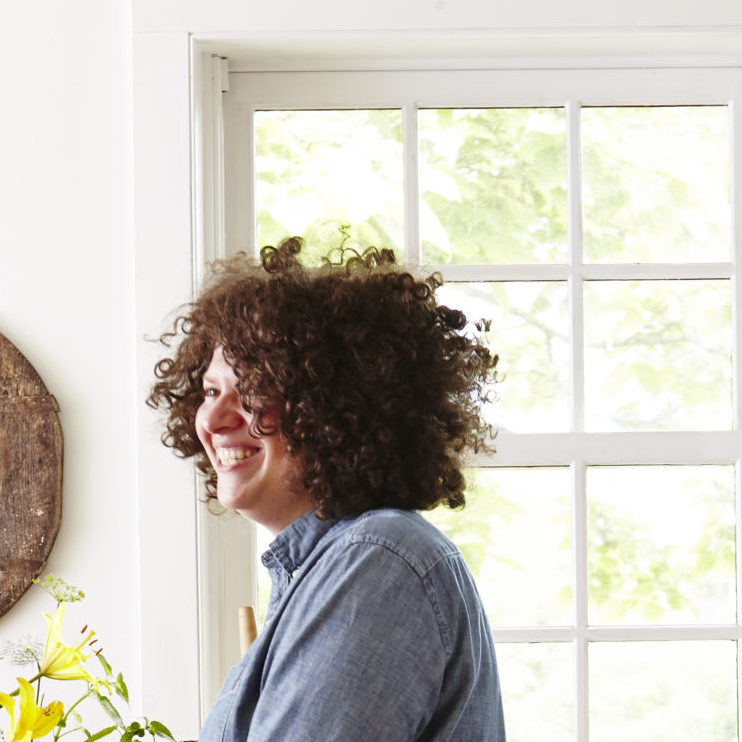 Founder
Julia Turshen is the bestselling author of Now & Again (named the Best Cookbook of 2018 by Amazon and an NPR ‘Great Read’), Feed the Resistance (named the Best Cookbook of 2017 by Eater), and Small Victories (named one of the Best Cookbooks of 2016 by the New York Times and NPR). She also hosts the IACP-nominated podcast called ‘Keep Calm and Cook On.’ Her forthcoming cookbook, Simply Julia, will be out on March 2, 2021. Julia has coauthored numerous cookbooks and has written for The New York Times, the Washington Post, the Wall Street Journal, Vogue, Bon Appétit, Food & Wine, Saveur, and more. Epicurious has called her one of the 100 Greatest Home Cooks of All Time and The New York Times has described her “at the forefront of the new generation of authentic, approachable authors.” She sits on the Kitchen Cabinet Advisory Board for the Smithsonian’s National Museum of American History and is the founder of Equity At The Table (EATT), an inclusive digital directory of women and non-binary individuals in food.

Equity At The Table

Equity At The Table
Equity At The Table (EATT) is an easy-to-navigate digital directory inspired by the aphorism that it’s better to “build a longer table, not a higher fence.” EATT features only women/gender non-conforming individuals in/around the food industry and focuses primarily on POC and the LGBTQ community. It is a practical and proactive response to the blatant gender and racial discrimination that plagues the food industry. EATT will always be free to join and free to use