Is There an American Cuisine? with Chef Ann Cashion and Historian Paul Freedman

Is there such a thing as American cuisine? James Beard Award-winning chef Ann Cashion and Yale history professor and author Paul Freedman have a thought-provoking discussion about the intersection of food, restaurants and American culture with and hosts Debbie and Billy Shore. Freedman’s newest book, American Cuisine and How It Got This Way, explores the evolution from regionalism to the standardization of food in the 20th century and how that trend is reversing. “Homogenization, standardization, industrial food… that’s the main trend in American history for the 20th century,” he explains. Cashion describes the “active educational process” she used to have with her customers about using seasonal and sustainable food on her menus. “People are more in tune with what it means these days, and are more supportive of it,” she says.

“Sylvia’s, the famous African American restaurant in Harlem, reflects not only the history of African American cuisine but the great migration of African Americans to the north,” explains Freedman, author of Ten Restaurants That Changed America. “I was in the kitchen of a Ramada Inn in Jackson, Mississippi, working with a total African American staff. It was such a great learning experience because so many of them just cooked by feel, no recipes,” recounts Cashion about one of her first restaurant jobs.

Listen to this engaging conversation about food, history and culture in America. 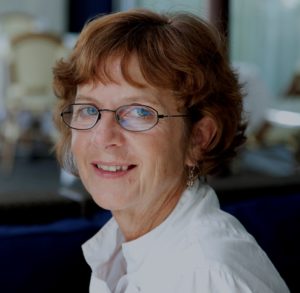 A James Beard Award-winning chef and restaurateur in Washington DC. In 1995, she opened her own restaurant, Cashion’s Eat Place. The restaurant was voted “Best New Restaurant” by the readership of Gourmet magazine and was listed in Washington Post food columnist Phyllis Richman’s 50 favorites. Cashion opened a second restaurant, Johnny’s Half Shell, in 1999. The small 35-seat restaurant in the Dupont Circle neighborhood was recognized by Gourmet as one of “America’s best new restaurants.” In 2004, Cashion won the James Beard Foundation Award for Best Chef: Mid-Atlantic. In 2007, Cashion opened Taqueria Nacional next-door to Half Shell, and Bon Appétit named it one of the five best Mexican restaurants in the United States. Cashion was one of the chefs featured in the 1997 book, Women of Taste. When Bon Appétit named Washington, D.C. its 2016 restaurant city of the year, Cashion was identified as one of the city’s “incredible chefs.” 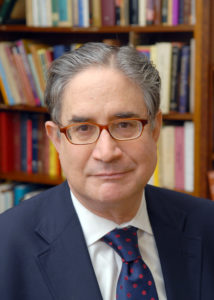 The Chester D. Tripp Professor of History at Yale University. He specializes in medieval social history, the history of Catalonia, comparative studies of the peasantry, trade in luxury products, and the history of cuisine. His latest book is Ten Restaurants That Changed America. Freedman earned his BA at the University of California at Santa Cruz and an MLS from the School of Library and Information Studies at the University of California at Berkeley. He received a Ph.D. in History at Berkeley in 1978. Freedman taught for eighteen years at Vanderbilt University where he was awarded Vanderbilt’s Nordhaus Teaching Prize in 1989 and was the Robert Penn Warren Humanities Center Fellow there in 1991-1992. Since coming to Yale, Professor Freedman has served as Director of Undergraduate Studies in History, Director of the Medieval Studies Program, Chair of the History Department, and Chair of the Program in the History of Science and Medicine. Freedman edited Food: The History of Taste, an illustrated collection of essays about food from prehistoric to contemporary times.

Located in the heart of Washington, D.C.’s Adams Morgan neighborhood in the original location of the beloved Cashion’s Eat Place. Renditions of Chesapeake and Gulf Coast seafood remain the focus of Johnny’s kitchen. It was awarded ‘Best New Restaurant’ by Gourmet magazine in 1999.

Located in a historically significant former United States post office in Washington DC’s Greater 14th Street neighborhood. Taqueria Nacional has continually been recognized for its high quality and authenticity. Bon Appetit magazine honored the restaurant in 2007, naming it one of the five best new Mexican restaurants in the United States. The Mexican Embassy added to that honor in 2009 with a medal of distinction for Taqueria Nacional’s faithful reproduction of classical Mexican flavors.