Our country is leaving behind the families who have made the biggest sacrifices for our safety and freedom. How are military and veteran families among our most vulnerable and struggling with poverty and hunger? How can we justify raising defense spending without protecting and strengthening services like SNAP (food stamps) that help them?

In this timely and poignant episode of Add Passion and Stir, an expert on military hunger and a chef who is also an Army veteran have a serious conversation with Share Our Strength founders Billy and Debbie Shore. All are concerned about President Trump’s proposed budget cuts to the Supplemental Nutrition Assistance Program (SNAP, formerly known as food stamps). Josh Protas is the Vice President of Public Policy at MAZON, a national advocacy organization based on Jewish values that is working to end hunger in the United States and Israel, where he coordinates and implements the advocacy agenda. Alex Samayoa is executive chef at Espita Mezcaleria in Washington, DC, and served in the U.S. Army and Army Reserves.

While the U.S. Department of Defense does not track hunger among military families or veterans, organizations like food banks report that a growing number of current military and veteran families are seeking food assistance. Josh and Alex discuss the injustice of how those who make great personal sacrifices in service to our country are struggling to provide their families regular meals on their military pay or veteran benefits. “These are really hidden issues,” says Josh, partly due to the pride among military families and veterans. “There is an ethic in the military about not leaving anybody behind, but the truth is we are leaving them behind.” Host Billy Shore adds, “Aren’t these the folks we owe the most to, and we’re giving them the least!?” Chef Alex shares personal anecdotes about people with whom he served in the Army who cannot afford basic necessities. When asked how we treat our returned vets, Alex responds “Everybody says they care, but nobody’s really there. … I have friends who can’t get earpieces from the V.A. [Veterans Administration], and they can only hear out of one ear.”

How can you help correct this injustice to our service men and women? First, the Military Hunger Prevention Act introduced in the U.S. House of Representatives would remove barriers to SNAP eligibility for currently serving military families. You can read more at mazon.org/take-action, and contact your Congressional representatives to tell them to protect military families. Second, you can get involved with local organizations that serve military families and veterans and help show them that we value their service and refuse to leave them behind. Listen to the episode for inspiration and ideas on how to help those who risk their lives to protect us. 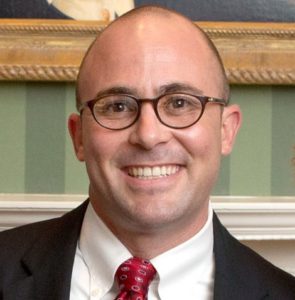 http://mazon.org/
Inspired by Jewish values and ideals, MAZON is a national advocacy organization working to end hunger among people of all faiths and backgrounds in the United States and Israel. MAZON is a leading voice in Washington D.C. on anti-hunger issues, especially those that involve populations or problems that have been previously overlooked or ignored. 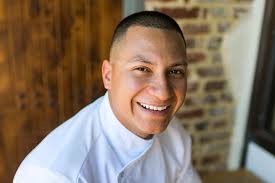 http://espitadc.com/
Espita Mezcaleria is Washington DC’s premier southern Mexican restaurant and Mezcal bar. All of our dishes and drinks begin with respect for the past before we transform them into something special and innovative.

Works to build a financially inclusive world with access to economic opportunity for all. Its mission is to give people the financial tools they need to improve their lives. Accion has proven that financial services can be made available; that individual lives and the prosperity of communities can be significantly enhanced; and that this can be done at scale and sustainably. Their work helps people, small businesses, and communities grow and thrive. Since its founding in 1961, they have challenged and engaged the industry, its leaders, and its regulators to achieve a financially inclusive world and reached tens of millions of families and entrepreneurs in 50 countries.

http://missioncontinues.org/
The Mission Continues empowers veterans who are adjusting to life at home to find purpose through community impact. We deploy veterans on new missions in their communities, so that their actions will inspire future generations to serve.