How can we move poor communities from hopelessness to hopefulness? In this fascinating episode of Add Passion and Stir, Pierre Ferrari, President and CEO of Heifer International, and Matt Bell, chef and owner of South on Main restaurant in Little Rock, share insights about creating value in poor communities with hosts Debbie and Billy Shore. Ferrari speaks about the success Heifer International has had in poor agricultural communities throughout the world by driving social psychological change before anything else. “We work with communities that could almost be described as clinically depressed…the despair is so deep…they feel condemned to this situation,” he says. Heifer uses value-based training to demonstrate to people their own ability and capacity to make change. “Without that psychological shift, nothing we do, no animal, no training will actually catch,” he notes. Bell has first-hand knowledge of the success of this model in Arkansas. He sources his chickens from Grassroots Farm Cooperative, a cooperative of 10 formerly struggling small farms in Little Rock that was formed with the help of Heifer International to meet the demand of the growing market. “My understanding of Heifer at the time was you buy a cow and someone somewhere gets a cow. I didn’t understand this small business component. I didn’t understand it could happen in Arkansas,” says Bell.

Heifer International provides resources, capital, and knowledge to help enable small farmers to generate sustainable income, which gets cycled back into their communities creating opportunities for building schools, creating agricultural cooperatives, forming community savings and funding small businesses.
Ferrari describes a program with female farmers in Nepal which is creating a goat meat value-chain by working with banks to fund this system. There are now 150,000 women organized into small self-help groups, which organize into larger co-ops and then an even larger union. “They are now feeling the dignity of being economically self-reliant,” he concludes. Heifer International measures success by giving people a ‘living income,’ which is a carefully calculated value that is “very complicated…but basically lets farmers live a life of dignity,” says Ferrari. Bell recalls his childhood when parents in his community created an informal system to ensure one little boy growing up in poverty always had food. “A group of moms would take turns packing and extra lunch for Daniel, and they would say, ‘Make sure you give this to Daniel before you get to class, so there’s no stigma,’” he remembers. Growing up on a cattle ranch also gave him a unique perspective on the food chain. “An understanding of that gives us more empathy into how we tackle hunger issues worldwide and locally.” Bell’s values led him to become a passionate supporter of the No Kid Hungry campaign.

Get inspired by this sincere discussion about ending hunger and poverty. 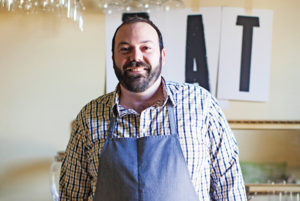 A naturalized Southerner happy to call North Little Rock, Ark., home. Since moving to the South nine years ago, Bell has fallen in love with the heritage of southern food. After serving upscale southern food at The Capital Hotel for 5 years, Bell has opened his first establishment, South on Main, where he serves refined southern food in a casual setting. He is a long-time supporter of Share Our Strength and No Kid Hungry. 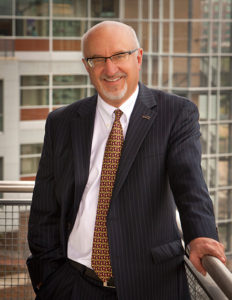 President and CEO of Heifer International. He was born in the Belgian Congo (today the Democratic Republic of Congo) and received a master’s degree in economics from The University of Cambridge and a Master’s of Business Administration from Harvard Business School. He joined Heifer with more than 40 years of business experience at companies like Coca-Cola USA, CARE, and the Small Enterprise Assistance Fund.

President and CEO of Heifer International. He was born in the Belgian Congo (today the Democratic Republic of Congo) and received a master’s degree in economics from The University of Cambridge and a Master’s of Business Administration from Harvard Business School. He joined Heifer with more than 40 years of business experience at companies like Coca-Cola USA, CARE, and the Small Enterprise Assistance Fund.

A revolutionary cultural experience that includes a restaurant and performance venue featuring the best of Southern cuisine and culture. With a kitchen helmed by Chef Matthew Bell, the restaurant offers a sophisticated but unpretentious atmosphere and a creative and accessible menu. South on Main also presents programming related to the content of the Oxford American magazine, including musical performances, literary readings, film screenings, and other offerings, making it the place where the Oxford American goes “from the page to the stage.” The venue’s multi-discipline programming provides a forum for established and unknown artists to perform in front of an appreciative audience, providing a full culinary, artistic, and educational immersion in Southern culture.

Mission is to work with communities to end world hunger and poverty and to care for the Earth. They empower families to turn hunger and poverty into hope and prosperity with an approach that is more than just giving them a handout. Heifer links communities and helps bring sustainable agriculture and commerce to areas with a long history of poverty. Our animals provide partners with both food and reliable income, as agricultural products such as milk, eggs and honey can be traded or sold at market. When many families gain this new sustainable income, it brings new opportunities for building schools, creating agricultural cooperatives, forming community savings and funding small businesses. The core of Heifer’s model is Passing on the Gift. This means families share the training they receive, and pass on the first female offspring of their livestock to another family. This extends the impact of the original gift, allowing a once impoverished family to become donors and full participants in improving their communities. The goal of every Heifer project is to help families achieve self-reliance.