Why Not Just Write A Check?

What role does Chefs Cycle play in the success of No Kid Hungry? This episode of Add Passion and Stir takes place at Chefs Cycle 2018. Krista Anderson of New Seasons Market in Portland, OR, Hugh Mangum chef/co-owner of Mighty Quinn’s New York Barbeque and Ed Doyle of Real Food Consulting in Boston join host Billy Shore after riding 100 miles for the second day to talk about their experiences participating in Chefs Cycle. The question is raised as to why go to such great lengths to raise funds. “There’s strength in numbers and numbers are community, and the community is always going to be a we, and we is always stronger than I,” says Magnum. Anderson talks about one of her teammates who used a twitter campaign to get his company to donate a money to No Kid Hungry. “And there were some comments back ‘just write the check’. Then you don’t have that spread the word,” she observed. Billy Shore notes that Chefs Cycle brings in more first-time donors (4000 per year) than anything Share Our Strength has done because of everyone reaching out to their networks. “It is such an easy ask. I don’t think anyone that I’ve asked has said no. You explain the cause. You explain that you’re not nuts…and they happily sign up, and then again year after year,” says Doyle.

In addition to raising $2M to support No Kid Hungry, the guests discuss the challenges of the rides and the sense of community that grows out of the event. “You have the moments when you’re feeling great and moments where you’re like how the hell am I going to finish this, but the coolest thing is to see people who are avid cyclists, people who are not avid cyclists…and everyone pulls together,” says Doyle. Talking about the recent fires that ravaged Sonoma County, Anderson notes that “having to look around…and taking it all in and seeing just a fireplace and black trees was pretty sobering.” Mangum agrees but points out that riding in “the amazing community in Santa Rosa adds another sense of purpose.” He describes riding by a school where 80 kids came running out to spur on the cyclists. “That was a moment I’ll never forget.”

Get inspired by these amazing guests who tackle the incredible physical and mental challenge of Chefs Cycle to help end childhood hunger. 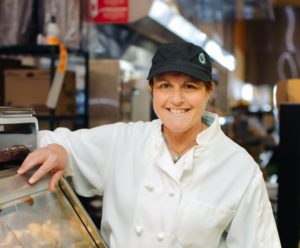 Responsible for innovative planning of the prepared foods department programs, seasonal menu and recipe development, as well as purchasing and sourcing of ingredients for New Seasons Markets in the Portland, Oregon area. She focuses on stellar customer service and fiscal responsibility to support in-store merchandising, store openings and remodels, staff development as well as coaching and nurturing vendor/producer relationships. Prior to that, she was the Company Chef in charge of seasonal menu and recipe development to support established programs for all prepared foods departments including holiday and special event menus. She earned a bachelor’s degree from Bates College and associates degree from the New England Culinary Institute. 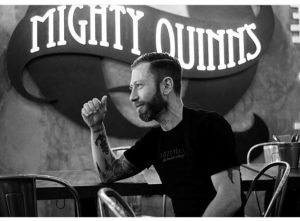 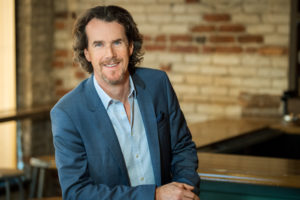 Has become a household name in the Boston hospitality scene for his work as a both chef and, now, as a consultant with RealFood Consulting, Inc. While Director of Culinary Operations at the Seaport Hotel and World Trade Center, the hotel’s restaurant Aura was named one of the Best New Restaurants in the U.S. That passion and drive are even stronger today as he helps new and existing foodservice businesses make success happen. Ed has been featured in Food and Wine, Restaurant Business, and Food Arts magazines. Away from the office, Ed works with non-profit groups to give back to the community. He gets his competitive fix from bike racing and cooking on the National BBQ Circuit as part of Team iQue, World Champions in 2009. Ed lives in Somerville, Massachusetts, with his partner Mary.

Brings delicious, healthy food from local farmers, producers, ranchers and fisherman to the communities of Portland, Oregon. They provide the best mix of local, organic favorites and grocery classics. They are firmly committed to supporting the regional food economy, environmental stewardship, giving back to the local community, and providing a progressive workplace for staff to thrive. Store by store, they focus on building and nourishing the communities they serve, creating lasting relationships with their customers, staff and vendors.

Mighty Quinn’s New York Barbeque takes a simple approach: source the best quality ingredients they can and don’t fuss with them too much. They cook barbeque the old school way with plenty of wood and time, adding just the right amount of salt and spice to let that lovely marriage of process and product evolve into something transcendent. They bring together the best of all great BBQ techniques to create something uniquely its own. The process begins with the best, all-natural meats and poultry, seasoned with perfect spice blends and then smoked with wood for many, many hours until the perfect harmony of smoke, flavor and time emerges. Their food is steeped in tradition but given new life. BBQ was created in the South but Mighty Quinn’s Barbeque was born in New York!

A full-service consulting firm that has attended to the needs of the food & beverage industry since 1996. They design, develop, and open new restaurants as well as fix rebuild, reassess, and rediscover exiting concepts.